What is the history of chiropractic?

Chiropractic care has been used to treat a wide range of conditions for over a century. By using their hands, a chiropractor can relieve problems with the bones, muscles and joints, helping to reduce pain and improve mobility. However, you may be wondering “What is the history of chiropractic?”. Read on to find out more about the origins of chiropractic.

When did chiropractic begin? 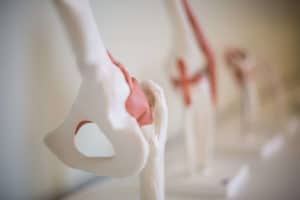 When considering “What is the history of chiropractic?”, we need to go back to 1895. Chiropractic as a profession started then when Daniel David Palmer of Iowa “adjusted” the spine of an almost deaf janitor. Known as Harvey Lillard, when he noticed he had a vertebra out of position. Lillard claimed the adjustment Palmer had made had restored his hearing. This led Palmer to open a school of chiropractic a couple of years later. This became known as the Palmer School of Chiropractic.

Whilst spinal manipulation wasn’t an unknown treatment at the time (manual healing had been practised since ancient times). Palmer claimed to be the first person to use specific contacts as short-leverage points in order to make more specific spinal “adjustments”.

It’s important to note that some critics have doubted that there is a link between the spinal adjustment and Lillard’s return of hearing. Many believe that a spinal adjustment simply can’t affect certain areas of the body. i.e. the brain – since the spinal nerves don’t extend into them.

Palmer also noted another case after treated Harvey Lillard. He stated “I had a case of heart trouble which was not improving. I examined the spine and found a displaced vertebra pressing against the nerves which innervate the heart. I adjusted the vertebra and gave immediate relief – nothing “accidental” or “crude” about this. Then I began to reason if two diseases, so dissimilar as deafness and heart trouble, came from impingement, a pressure on nerves, were not other diseases due to a similar cause? Thus the science (knowledge) and art (adjusting) of Chiropractic were formed at that time”.

How did chiropractic get its name?

The term ‘chiropractic’ was coined when Palmer asked his friend and patient, Rev Samuel Weed, to help him come up with a name for his discovery. Weed suggested blending the Greek words cheiros and praktikos (which means “done by hand”) to describe the treatment, creating “chiropractic.”

The early years of chiropractic

There was some tension between conventional medicine and this new complementary medicine at this time. Many people were sceptical about its benefits. They viewed them as an infringement of their rights to serve their patients.  If a chiropractor did not have a relevant licence many would be fined or even jailed up until the 1960’s.

The introduction of professional chiropractic societies 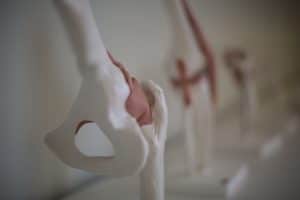 As the chiropractic profession was becoming better established in the early 20th century, chiropractors started organising into various professional societies. These groups made efforts to standardise education and support research in the field. This is the accrediting agency for chiropractic schools. It wasn’t until 1996 that the US government started funding chiropractic research via the National Institutes for Health.

Despite the many years of disharmony between chiropractic and conventional medicine, there’s now much more professional cooperation and mutual appreciation between the two fields. These days, practitioners cooperate much more willingly, providing essential collaborative care to patients.  Chiropractors frequently collaborate with medical doctors, physical therapists, and other professionals working in occupational health, sports medicine, and rehabilitation centres.

Chiropractors may initially provide manual therapy to normalise joint function in people with sports injuries, or they might work cooperatively, by providing manual therapy for those undergoing chemotherapy.

Thorne Road is one of the leading chiropractic clinics in Doncaster, during the last 26 years, our clinic has provided care to literally thousands of patients in Doncaster and surrounding areas. Our chiropractors use their hands to help relieve problems with the bones, muscles and joints, alleviating pain and discomfort in various areas of the body. Whether you’re experiencing pain in the back, neck, shoulder, elbow or leg or you have pain from osteoarthritis or you’re suffering from headaches, there’s a good chance that chiropractic care could help.

At your first appointment, your chiropractor will carefully assess your symptoms in order to determine if chiropractic treatment is right for you. Furthermore if so, which techniques are most likely to help. Our chiropractors can use a range of different techniques to treat problems with muscles and joints. This includes spinal manipulation, short, sharp thrusting movements, and slowly moving your joints into different positions. Also pulling or stretching your muscles in different directions. Whilst you might feel some minor discomfort, you should not feel pain. If you do feel any pain during treatment, let your chiropractor know.

If you’re still wondering “What is the history of chiropractic?” or you’d like to know more about how we can relieve your pain or improve your mobility with our chiropractic techniques, get in touch. Call us on 01302 969 501 to discuss your requirements with one of our team. You can also send us a message via the website and we’ll get back to you as soon as we can.